Learning About Chinese Culture Directly from the Source 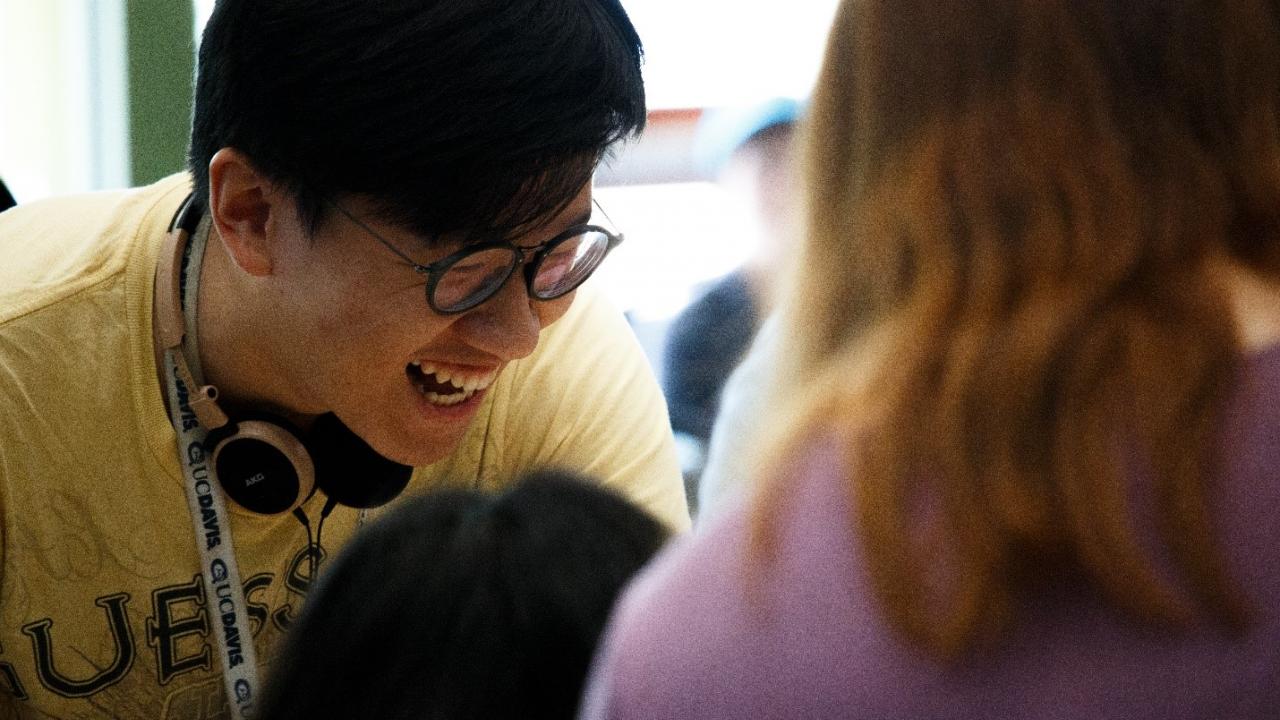 Traveling the world does not necessarily mean physically moving from one country to another country. We can travel to different places without ever needing to leave home by making friends from different countries. Building a friendship with a person from a different culture leads us to see new things, experience new food, and learn new perspectives. The Pal Program has been a bridge for hundreds of domestic and international students. Katharina Santos, a 2017 Pal Program participant, shares her experience as a domestic student.

Q: How did you find out the Pal Program? What motivated you to join the program?

KS: I found out about the Pal Program from the linguistics newsletter we get a couple times during the quarter. I was interested in it because I wanted to learn about cross-cultural studies and meet new people.

KS: I have had two pals, Wenying and Eric. Both of them are from Chengdu, China, and I became very close with them. We became friends because we had similarities, not only in interests, but in personality. They were open-minded and polite, but also funny, and it felt like meeting up with an old friend by the second week.

Q: How were they different from domestic students? Did you learn anything new from them?

KS: Both Wenying and Eric chose UC Davis, and to study as an international student, so that already defines them as someone who is motivated to learn, and not afraid to go on an adventure in a different country. The more I realized this, the more I respected them, as well as all the other things I learned about them.

Q: Had you believed in any stereotypes about Chinese people before you met them? If you had, did your pals fit your stereotype?

KS: I had watched a documentary a year ago on China’s society in the 1990s, and I was prepared for my new international friends to be very conservative. But they were just as complex as any other intelligent human: Wenying was pro-life, believed women could have equal pay in the workforce in any job. Eric was interested in politics, so we talked about Chile’s past and compared it to China’s present.

Q: Did you have any language barriers between you and your pals?

KS: The language barrier wasn’t really a problem. Eric and Wenying both were very proficient in English. Eric didn’t have a problem asking what a word meant, which was good because I would know to rephrase something for him so he could learn. Wenying had the idea to use modern technology, so if she forgot a word in English, she looked it up on Google translate, or I looked something up, like to show her what a clarinet was; she knew what it was, but not what it was called in English.

What kind of activities did you do with your pals?

KS: We all watched Marvel, which is the key to any friendship. It was also great to share all my knowledge from linguistics and random things, so when Eric asked, “What’s the difference between ‘dude’ and ‘man’?”, if you remember Avengers Infinity War, I had the tools to explain. There were also other little moments, like when Eric had to tie his shoelace and he forgot the word, and I got to share not only ‘shoelace’, but also ‘aglet’. It was a very good experience, I had a lot of fun. I’m currently Facebook friends with Eric, and have plans to see Wenying next time she’s in Davis (she’s going to graduate school in Texas, so she’ll be in the country!).

Q: Did you have any cultural barriers between you and your pals?

KS: The culture barrier wasn’t too much of a thing to me possibly because I grew up in Alameda. It’s pretty diverse, and nearly half the community is Asian; my classmates were often Asian-American, though, and I had never befriended any of the international students, so this was a nice change to actually talk to someone with a completely different perspective.

Q: What did you enjoy most from the PAL program?

KS: The one thing I enjoyed most from the pal program…would be learning directly from the source about a culture. I knew a lot about Chinese culture, such as when I learned what “Gung hay fat chow” meant, and what the Chinese New Year festivities entailed, because I’d learned about it in elementary school. It was a completely different experience, however, to meet someone and have a conversation about the things they did in their everyday life.

Q: What kind of Chinese culture did you learn from your pals?

KS: Wenying navigated between Daoist and Buddhist beliefs when she talked with her grandparents; Eric admitted to learning the art of calligraphy, but forgetting most of it. Eric was impressed that I not only knew how to use chopsticks, but the correct way (he did not do so, his chopsticks were crossed; but, he’s been using that method for all his life, and it’s working).

Reflections from a Graduating Pal